The Reality of Life

There's this beautiful thing called sex. With that comes along issues like pregnancies, and parenthood. Putting marriage and sex and pregnancy together, I, the bethrothed have now to be concerned about birth control because I want to be the only baby for the first year at least.

Most of my research resulted in 4 distinct methods.
First, the natural method which I personally find more appealing than others. Basically it involves thermometer reading. If my body temperature rises, it means I am ovulating. So, that means avoid sex during those days. If there's a thermometer that not only read temperature but can give an instant advice such as 'today is your unlucky day', I might consider getting one. Natural method is very much a hassle because I have to take temperature and kinda monitor my body temperature everyday to chart a trend. Yawn.

Then, there's this hormonal method (the pills, patches, injections etc). Pills are common. I even heard there's a male pill. Besides the side effects, the thought of 'lowering the sperm count to zero' feels wrong and murderous, just like the thought of using spermicide. I just feel wrong to kill.

Then, there's this barrier method (condoms, diaphrams etc). Condoms are common. I even heard there's a female condom. But because, it is not part of our bodies. Involving that is like involving a third party. So, that feels wrong too.

Then, there's sterilization, the permanent method. Of course this is not an option now.

Considering the fact that the chances of me getting pregnant is only high for about 2 weeks in a month, and considering the general frequency of sex is only like once a week, someone should just tell me birth control is no big deal. Chances are I will not get pregnant without birth control that easily.

But of course, nobody is willing to give me such an advice.

Out of curiosity, I took this test. And this is what I found out....
What Kind of Seducer Are You?

Anyway, I am done with blogthings.
Posted by angeline at 7:27 PM 2 comments:

Take a break for Quizzes

What Pattern Is Your Brain?

How Scary Are You?

What Artist Should Paint Your Portrait?

What Are The Keys To Your Heart?

I am so grown up!

Tampons are the bestest invention ever and Caryl's such a cool 'mom'.

I am so excited to go on outreach with them. 7 more weeks!!!!

Caryl said I will be blogging about this. Therefore, just so that she is right, here I am.

Today, I ventured into something new. I made use of a gift given to me by Catherine during my last visit to the Lighthouse. Even Fifi tried it. So, definitely being naturally competitive and didn't want to be left out, I needed to do it at least once, just so I could brag about it.

So, I did. It was bloody painful. I tolerated the discomfort for about 3 hours and said NEVER AGAIN.

Be near O God of us, your nearness is to us our good. -a song by Shane Barnard written based on Psalm 73:28, which has now become a resounding prayer in my heart....

I have been "freaking out" internally with the changes that are taking place in my life right now. Even my relationship with my God is changing, you know. There is this season that I relate to him as a little child to her father. I love, think, act, speak, eat and play just like a child because that's how I feel my God sees me. It is a place of comfort and safety.

After being espoused to Kah Kheng, God begins to reveal to me that there's another dimension of a relationship with him, of which I have neglected, of which a lot deeper and richer than a Father to a child - the relationship between the Lover and the Beloved. Now, that is awkward for me. I am comfortable being a Child, but not quite a Beloved. Marriage has to be the boldest thing I will ever do. When people asked me "when will you ever get hitched?', in all sanity, I had always replied "when I grow up" and so the growing up time is now. It is amazing how God has led me in such a way, until I am at this place, and of course he is still preparing me and taking me further and deeper into himself.

4 days with Kah Kheng was like 4 days with God. I saw the reflection of my loving God in my fiance. He just couldnt stop blessing me with affections and gifts and attention to an extend that I felt stressed and guilty receiving this overload of love expressions simple because there was no way I could recipocrate that love. God said, that's how I lavished my love on my people, and do you think they could ever recipocrate my love for them?

But then, this is exactly the purpose of my life. I am living simply to recipocrate my God's love for me. Eternity is designed for that.
God's love everlasts.
Posted by angeline at 9:13 PM 2 comments:

This weekend...let me tell you, it is quite an honor to be asked by a man like Kah Kheng to be his wife. It happened in Faby's living room (Faby you are blessed), no flowers, champagne nor candles nor a life violinist, but a few pairs of my semidry bluestar socks laying around the armrest of the couch as witnesses. He got down on his knees and asked the important question with all sincerity. I tried quite hard not to laugh because I knew that moment was sacred and thank God, I didnt spoil it.

The rock is quite impressive. Well, it is 0.21Ct, Round Hearts & Arrows, colorless E, VS1 clarity, sitting on a 4-prong solitaire platinum ring setting for the detailholics.
He, whose heart is more precious and beautiful than the rock he got, did way much better than I expected. He is my real treasure.

You see, both Gena (my Dts student) and I are shy. I knew that both her and Bethany (her roomate) must have heard the news but they must have been too shy to ask if they could look at it. I was shy to show it off to them. So, I said nothing. Then this morning, I saw Gena discreetly took a look on it.
So cute!
Posted by angeline at 8:48 PM 3 comments:

About a cat and a dog

This happened this afternoon while I was waiting to catch a bus to Yuen Long to get a bus to the airport to pick up Kah Kheng.

About 4:30pm. I was waiting under the tree by the lapsap. There was a dog laying outside the gate staring at me. I couldnt pick up whether that was a friendly or a hostile stare as I dont read dogs very well. I tried not to keep much eye contact with it because I didnt want it to suddenly come attack me.

Then came along a cat which I supposed just woke up from a nap. It sat just beside the dog. They seemed to get along. As a cat lover, I started to 'talk' the cat into coming near me, but I guess I didnt have the right cat accent. It totally ignored me.

After meowing several times, the dog got up and started to come towards me. Whether it thought I was calling for it, or it was just being sensitive and sorry for me for getting rejected by the cat. So I ended up petting doggy instead of kitty.

Cats are arrogant and selfish. But one who loves cats knows unconditional love.
Posted by angeline at 10:30 PM 2 comments: 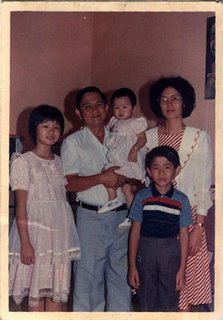 There's this Malaysian Chinese singer name Fish Leong. She is VERY POPULAR in China, outrageously. Her songs are great. I like a lot of them. But her singing voice....ermmm...just like mine, a little better. I am enjoying the torture listening to her. That's what I mean, a little dilemma.

I am gonna put in Michael Wong's CD, another Malaysian Chinese singer who is outrageously popular in China, who was my hero and 'boyfriend'....actually just one of my many 'boyfriends' - Alec Su-the Taiwanese Singer, Lawrence Lau-my ex huskermate, Jason Tang-the meat delivery guy in KamTin.... Then Kah Kheng came into the picture. The 'scandal' finally stopped.
Posted by angeline at 4:44 PM 2 comments:

The Return of Rahel

Rahel (we couldnt say her name right, so we call her Rachel) came back with her Antoinne. She has never looked so beautiful. So, that's what a husband could do to a girl...

And, by the way, I finally watched Narnia. It was cool...but, I am suspecting myself having a interest-in-movies-pause. The symptoms have been getting more obvious by days!!!
Posted by angeline at 8:36 PM 2 comments: